The Garmin Forerunner 45 Plus all of a sudden appeared on some of the companies european websites – without any rumors, any speculations and no official statement from Garmin so far. Seeing the number of unreleased products that found their way on Garmin’s website – this publication seems not to be by mistake. 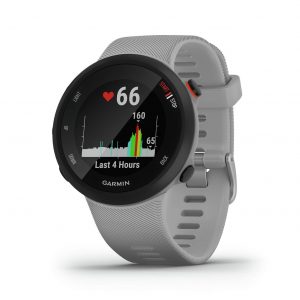 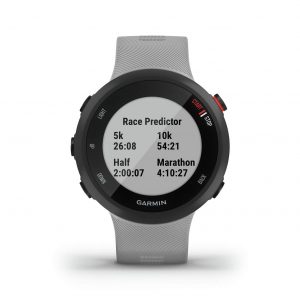 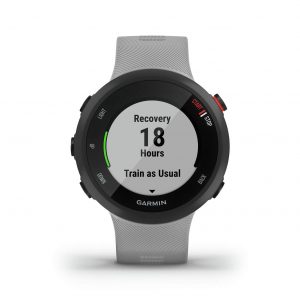 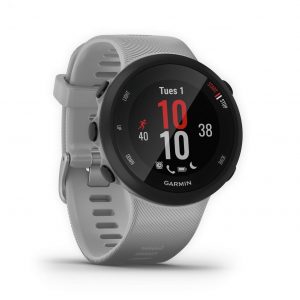 Garmin Forerunner 45 Plus - New and noteworthy

Plus models are traditionally updates to existing products which offer limited number of additional features. Usually these features already have been part of more up-to-date or superior models. This accounts for the Forerunner 45 Plus as well, whose predecessor – the Forerunner 45 – has been released about a year ago.

In my opinion these two features can be added to the Forerunner 45/45S by firmware update. Though there have been firmware update to more pricy models lately that added new functions, this strategy doesn’t seem to apply for entry-level products.

For whatever reason, if you like to use the race predictor or recovery advisor you have to buy a Forerunner 45 Plus or one of the superior Forerunner models.

Garmin Forerunner 45 Plus - The basics

Except for the new features recovery advisor and race predictor there are no changes to the Forerunner 45 Plus. It is sporting the same basic functions like activity tracking, 24/7 heart rate monitoring, body battery, stress monitoring (all based on Garmin’s latest edition of the Elevate HR sensor). There is a GPS/GLONASS/Galileo chip onboard that allows for pretty accurate recording of track, pace and elevation.

In case you stumple or fall, there is an incident detection that can automatically inform others, by sending an alert along with your position. This requires a paired smartphone taken with you.