The Instinct Crossover seems to be Garmin’s another rugged outdoor sports watch to be released within the next couple of weeks. This time the product has not been leaked by hasty online retailers but by Garmin which put the watch on the company’s Taiwanese website lately.

Indications about an incoming smartwatch have been surfaced on FCC’s website at the beginning of October. The listing IPH-04348 describes a hybrid smartwatch with a circular design, supporting NFC, ANT+ and Bluetooth. The documents do not name the Instinct Crossover directly and, as always, it’s a bit of guesswork, a bit of combining and a bit of keeping your fingers crossed. 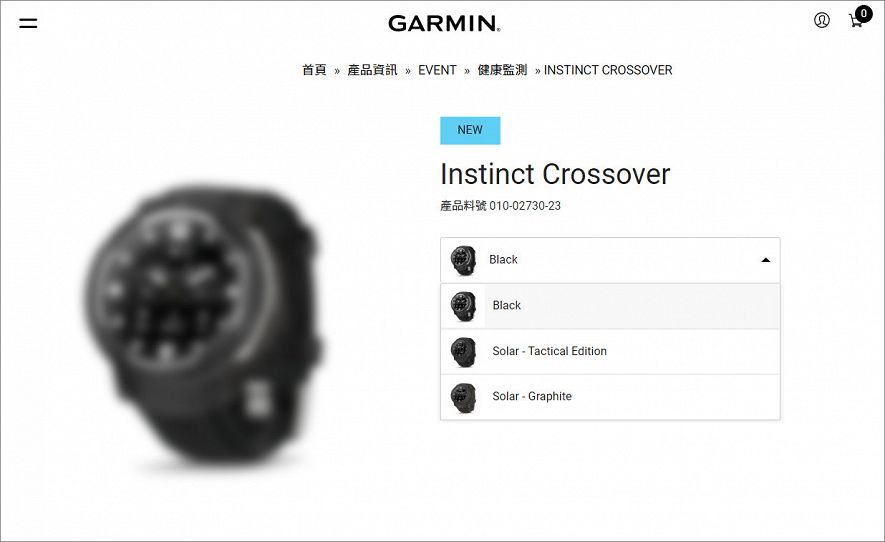 To be honest, it could also be a vivomove 4, for example… but as the Instinct Crossover appeared on Garmin’s website the first option seem much more likely.

The hands are clearly clearly visible to ease the reading.

While the Instinct 1/2’s small, circular display-in-a-display was a unique feature, the Instinct Crossover no longer offers it. The display’s resolution, however, remains at 176 x 176 pixels. 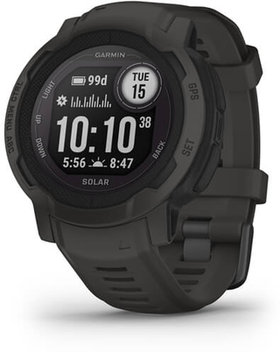 While much of the display characteristics remains the same, the Instinct Crossover now has 64 MB of memory (compared to 16 or 32 MB).

Once again, the battery life is remarkable, and the models using Garmin’s Power Glass solar technology benefit from an additional boost. When used in an energy saving manner and with sufficient sunlight around, the Instinct Crossover never needs to be recharched by cable. Even with “normal” use and without the solar advantage, charging once a month is sufficient.

The Instinct Crossover’s features are very similar to those of the Instinct 2, which is not surprising as the Crossover is more of a variant than a completely new watch. In addition to the familiar functions (e.g. activity tracking, sleep monitoring, VO2max, 24/7 heart rate measurement, SpO2, HFV, stress measurement), the Instinct Crossover supports using multi-GNSS (GPS, GLONASS, Galileo) to enhance position finding in challenging environments.

New features to the Instinct series include

These features were first introduced along the Fenix 7 / Epix 2, Forerunner 255 and Forerunner 955.

When officially released, the Instinct Crossover will be available in the following variants:

Though the product popped up on Garmin’s website, you won’t find any prices there right now. The Instinct 2 is currently available for an RRP of 349.99 € for the standard edition, 449.99 € for the solar edition and 499.99 € for the tactical edition. Since the range of functions has obviously not changed that much, I would also consider these prices as a first indication for the Instinct Crossover.

Unfortunately, there is no information about the release date either. My guess is that we can expect the Instinct Crossover to be released in the weeks to come.